Is seeing believing, or might reality be a hallucination? We teamed up with neuroscientist Anil Seth, filmmaker Katharine Round, and composer Jamie Perera, and developed an immersive film installation which explored consciousness and our perception of reality.

Escape to Reality debuted at FutureFest by Nesta, Europe’s largest festival of the future. Guests stepped into a blacked-out box, put on a pair of headphones and embarked on an intimate sonic journey as they viewed the film. Following the screening, we hosted a discussion between neuroscientists from the Sackler Centre for Consciousness Science at the University of Sussex, artists and the guests, to investigate the science behind consciousness.

Escape to Reality installation has also been held at the Barbican Centre during the exhibition run of AI: More Than Human, and as part of Culture Night Cork City, at the National Sculpture Factory, Ireland. 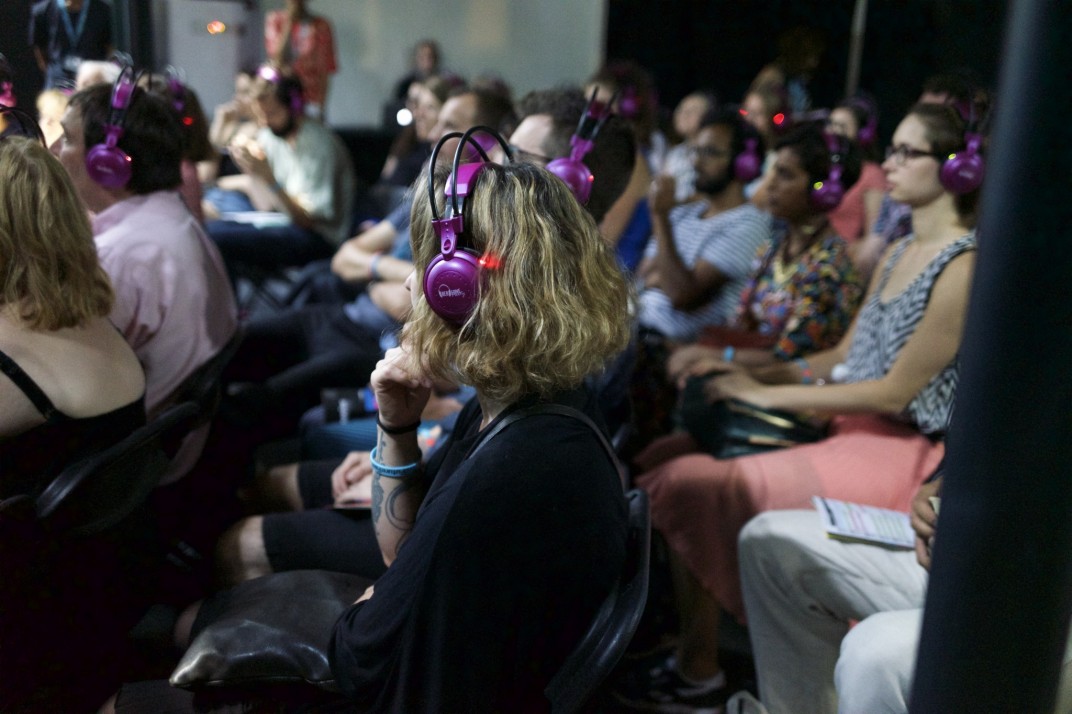 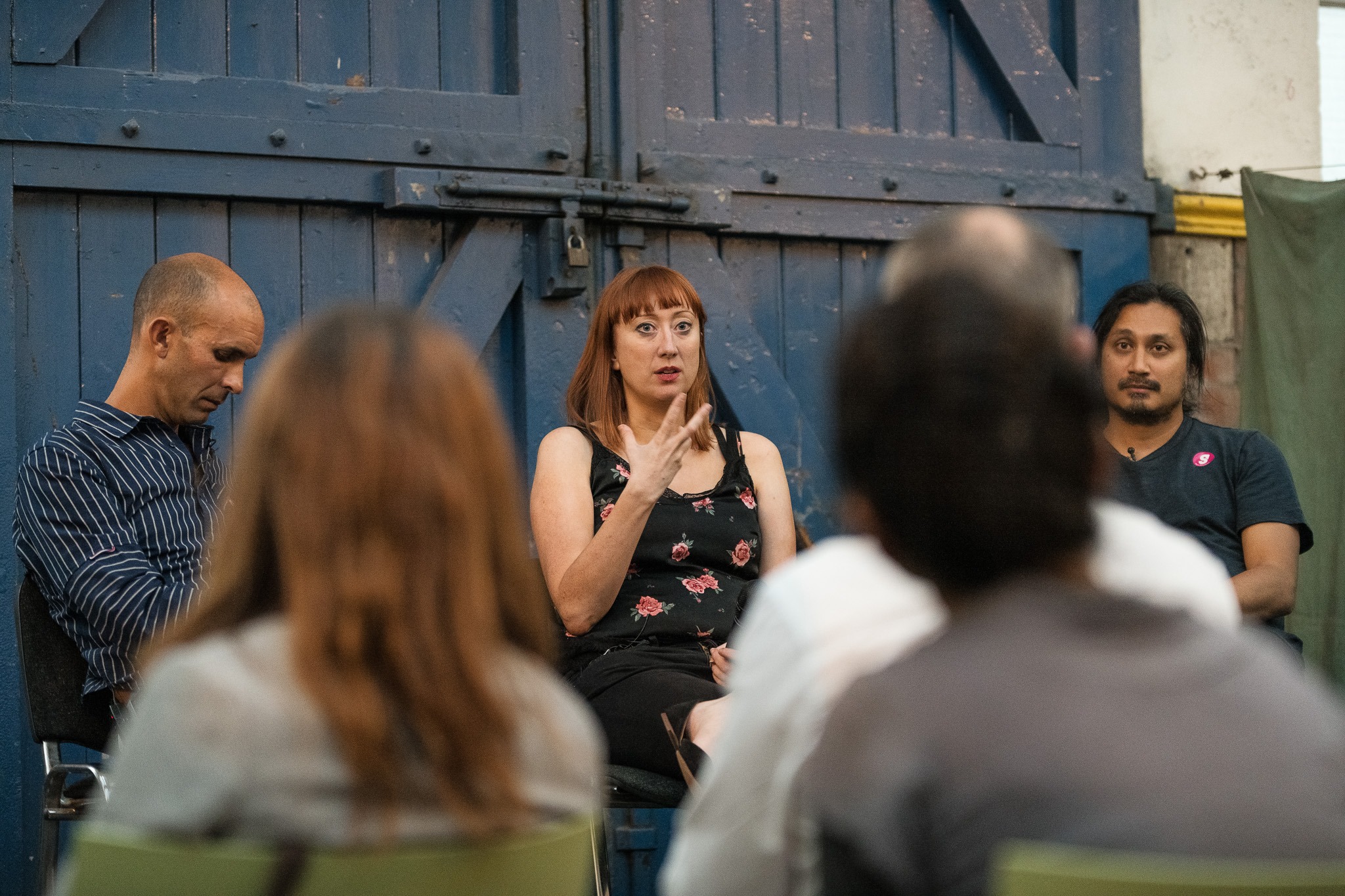 “The team were always highly professional in their approach and execution, with a very creative and collaborative approach…They were skilled in bridging the gap between specialist researchers and a generalist audience…to communicate a complex set of ideas.”
– Celia Hannon, Director of Exploration, Nesta

“Thank you for making our Culture Night event such an incredible success! The public reaction here to the work has been fantastic and your wonderful professionalism ensured that it rolled out like clockwork. A HUGE and heartfelt thank you from me and the whole team here!”
– Valerie Byrne, Director, National Sculpture Factory

Are you looking for new and creative ways to explore science or communicate scientific ideas? Send us a message! We’d love to hear from you.